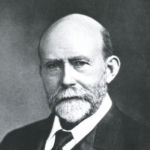 Why Is William MacGregor Influential?

According to Wikipedia, Sir William MacGregor, was a Lieutenant-Governor of British New Guinea, Governor of Newfoundland and Governor of Queensland. Early life MacGregor was born in Hillockhead, parish of Towie, Aberdeenshire, Scotland, the eldest son of John MacGregor, a crofter, and his wife Agnes, daughter of William Smith of Pitprone. MacGregor was educated at the school at the Strathmore manse, later a teacher at Tillyduke and worked as a farm labourer. Encouraged by his schoolmaster and the local doctor who recognised MacGregor's ability, he entered Aberdeen Grammar School in April 1866 and enrolled at the University of Aberdeen in October 1867. He graduated MB and CM of Aberdeen University in 1872, and obtained his MD in 1874. MacGregor also studied at Anderson's Medical College and the University of Edinburgh . MacGregor then became a medical assistant at the Royal Lunatic Asylum, Aberdeen.

Other Resources About William MacGregor

What Schools Are Affiliated With William MacGregor?

William MacGregor is affiliated with the following schools: