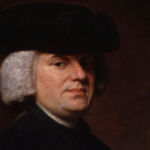 Why Is William Paley Influential?

According to Wikipedia, William Paley was an English clergyman, Christian apologist, philosopher, and utilitarian. He is best known for his natural theology exposition of the teleological argument for the existence of God in his work Natural Theology or Evidences of the Existence and Attributes of the Deity, which made use of the watchmaker analogy.

Other Resources About William Paley

What Are William Paley's Academic Contributions?

William Paley has made the following academic contributions: