Looking Under the Hood

This page provides a technical overview of our InfluenceRanking engine, arguing for the engine’s aptness in measuring academic influence. At the same time, this page does not provide full technical details of our engine, whose precise algorithmic characterization is in any case proprietary. Here we look under the hood without taking the engine apart. For a more user-friendly introduction to the InfluenceRanking engine, see our methodology page.

Scoring Influence by Person and Discipline

The InfluenceRanking engine calculates a numerical influence score for people, institutions, and disciplinary programs. It performs this calculation by drawing from Wikipedia/data, Crossref, and an ever growing of body of data reflecting academic achievement and merit.

The InfluenceRanking engine starts with measuring influence of a given person in a given discipline. Note that by disciplines, we also include subdisciplines (any widely recognized way of organizing and subdividing fields of study). So, for example, someone like Alan Guth, who is influential in the discipline of physics became influential through his contributions to the physics subdiscipline of cosmology.

Once the InfluenceRanking engine assigns an influence score to a person for a given discipline, those scores can be cumulated in various ways:

The Bootstrapping of Influence

At its most fundamental, academic influence is always a relation between a person and a discipline. Leading figures in the academy trade in ideas, and those ideas become influential for and within particular disciplines. Einstein’s accomplishments did not make him influential as such. Rather, he contributed to the discipline of physics, and it was within the community of physicists that his work was recognized and even lauded. His overall influence therefore emerged out of his discipline-specific influence.

In assessing influence by discipline for persons, the InfluenceRanking engine avoids making influence a popularity contest. The point is not simpy to count the number of mentions a person receives. Rather, what is crucial to the InfluenceRanking engine is tracking the intersection of name mentions and discipline mentions, rewarding the proximity of these intersecting mentions, keeping track of relevant connecting hyperlinks and the amount of digital space devoted to the mentions. Such intersectional mentions become the “fine grains” that, when cumulated, yield the influence scores that in turn, when suitably normalized, yield a person’s InfluenceRanking vis-a-vis the discipline in question.

This broad-strokes characterization of the InfluenceRanking engine is accurate as far as it goes, but there are many details to be worked out. These details fall into two categories: commensurability and noise-to-signal reduction. Commensurability here means making sure that diverse text documents and structured data on which the InfluenceRanking engine depends contribute to influence scores in a consistent way, without unduly weighting one set of data over another. Noise-to-signal reduction means making sure that we are picking up on signals of true academic influence and not drowning them in noise that may indicate influence in some more general sense but that is irrelevant to the academy.

Regarding commensurability, consider that the InfluenceRanking engine scores influence with Wikipedia through a statistical document analysis but with Crossref through a citation index approach. Combining influence scores from both data sources requires making them commensurable so that we’re not comparing apples and oranges.

Likewise, regarding noise-to-signal reduction, consider that celelbrities, such as politicians, musicians, artists, and actors, tend to score high on influence even though most cannot reasonably be said to exemplify academic influence. Terrorists and mass murderers have also developed a disconcerting habit of trying to slip past the InfluenceRanking engine: see our article ”Influence, Infamy, and the Case of Osama bin Laden.”

Quality Assurance and Fine-Tuning of the Engine

Accordingly, even though the InfluenceRanking engine is a sophisticated set of algorithms, it relies on a critical level of human quality control to fine-tune its results. This is not to say that we intervene in the algorithm, sticking in our fingers and disrupting its results. That would undercut the objectivity of our influence-based rankings and we don’t go there.

Nonetheless, our data scientists have spent years developing and refining the InfluenceRanking engine. As with any powerful automated ranking engine, careful attention to subtle details is what keeps the rankings at AcademicInfluence.com from spinning out of control. To date, the algorithm has incorporated nearly 150 additional refinements to keep the engine running smoothly. Some tweaks are as straightforward as finding effective ways to disambiguate names of academic influencers. Others require constricting the type of data that can disrupt signals of academic influence (such as celebrity, as noted above).

With the InfluenceRanking engine, AcademicInfluence.com has created a powerful database of academic persons and academic institutions that goes beyond simply determining who or what is academically influential at the moment. Instead, by focusing on a certain range of birth years, users can parse this database to explore historical trends in education.

Take a historian of mathematics who wants to find the most influential school for mathematics in the late 1800s. By constraining the birth years to range between 1800 and 1900, math historians will find that the school with the highest InfluenceRanking in the discipline of mathematics is, as it should be, the University of Göttingen (David Hilbert was Göttingen’s “rock star” mathematician during the latter part of that period). 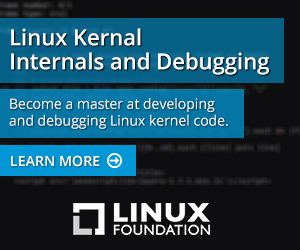 Want to be an Academic Influence Insider? Sign up to get the latest news, information, and rankings in our upcoming newsletter.