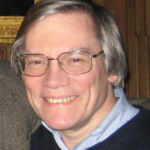 Why Is Alan Guth Influential?

Alan Guth currently holds the title of Victor Weisskopf Professor of Physics at MIT. Previously, Guth has held postdoctoral positions at Princeton University, Columbia University, Cornell University, and the Stanford Linear Accelerator Center (SLAC). He earned his B.S. in physics at MIT in 1968, and completed his MS and PhD there by 1971.

Guth is a theoretical particle physicist and cosmologist, best known for developing the idea of cosmic inflation (a theory that revises the Big Band theory to explain the expansion of the universe). Over the years, Guth has continued to develop this idea through numerous papers, and it has become a major theory in current cosmology. A popular work from Guth includes The Inflationary Universe which details Guth’s account the origins of the universe through his theory of cosmic inflation.

For his work, Guth has received awards and honors including the Kavli Prize in Astrophysics, the Fundamental Physics Prize, the Isaac Newton medal, the Dirac Medal, the Gruber Prize in Cosmology, and is a member of the National Academy of Sciences.

According to Wikipedia, Alan Harvey Guth is an American theoretical physicist and cosmologist. Guth has researched elementary particle theory . He is Victor Weisskopf Professor of Physics at the Massachusetts Institute of Technology. Along with Alexei Starobinsky and Andrei Linde, he won the 2014 Kavli Prize "for pioneering the theory of cosmic inflation."

Other Resources About Alan Guth

What Schools Are Affiliated With Alan Guth?

Alan Guth is affiliated with the following schools:

What Are Alan Guth's Academic Contributions?

Alan Guth has made the following academic contributions: