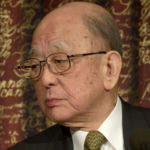 Why Is Akira Suzuki Influential?

Suzuki has been Professor of Chemistry at Purdue University as well as Hokkaido University in Japan until he retired from university work in 2002. Suzuki studied chemistry at Hokkaido, receiving his bachelor’s degree and his Ph.D. in Chemistry. During his postdoctoral studies at Hokkaindo, Suzuki discovered what is now called the “Suzuki reaction,” an organic reaction known as “cross-coupled.” Suzuki won the Nobel Prize in Chemistry in 2010, together with Richard F. Heck and Ei-ichi Negishi.

Though Suzuki discovered the eponymous Suzuki process, he has not sought a patent for the process, even while the application of the process has been lucrative in industries like pharmaceuticals as well as in the design and manufacturing of fine chemicals. As he puts it, the work was funded by the government, and so he thinks the result should be in the public domain. As a result, the Suzuki process is used worldwide. One great application of it is in synthesizing compounds active in combating leukemia. His work in chemistry has truly made an impact.

Suzuki has received many awards and distinctions in his long career. In 1989, he won the Chemical Society of Japan Award. By 2009, he was elected Special Member of the Royal Society of Chemistry. In 2016, he became Honorary Chair Professor of Chemistry at National Cheng Kung University.

According to Wikipedia, Akira Suzuki is a Japanese chemist and Nobel Prize Laureate , who first published the Suzuki reaction, the organic reaction of an aryl- or vinyl-boronic acid with an aryl- or vinyl-halide catalyzed by a palladium complex, in 1979.

Other Resources About Akira Suzuki

What Schools Are Affiliated With Akira Suzuki ?

Akira Suzuki is affiliated with the following schools: