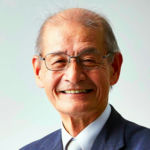 Japanese engineer and researcher , known as an inventor of lithium-ion battery

Why Is Akira Yoshino Influential?

Akira Yoshino is a professor at Meijo University of Nagoya and a fellow of Asahi Kasei Corporation. He earned a B.S. and M.S. in engineering from Kyoto University and a doctorate from Osaka University. A future Nobel Laureate himself, Yoshino was a student of Kenichi Fukui, the first Asian to win a Nobel Prize in chemistry.

Yoshino has worked at Asahi Kasei since his early graduate work began at Kyoto University. He has devoted much of his research and development efforts to energy storage, particularly through lithium ion batteries. He assisted with the creation of rechargeable batteries, a technology afforded to us by our understanding of polyacetylene, which is an electroconductive polymer used as an anode. His work led to the early versions of today’s lithium-ion battery. He eventually created the first production-ready version of the lithium-ion battery, which powers cell phones and computers today.

He is also credited with the development of the aluminum foil current collector, which is a low-cost safety feature necessary for reducing voltage loss.

Yoshino was awarded the 2019 Nobel Prize in Chemistry with his colleagues, John B. Goodenough and M. Stanley Whittingham. He has also been recognized with a Medal with Purple Ribbon from the Japanese government, the IEEE Medal for Environmental and Safety Technologies, the Japan Prize and the 2019 Order of Culture.

According to Wikipedia, is a Japanese chemist. He is a fellow of Asahi Kasei Corporation and a professor at Meijo University in Nagoya. He created the first safe, production-viable lithium-ion battery which became used widely in cellular phones and notebook computers. Yoshino was awarded the Nobel Prize in Chemistry in 2019 alongside M. Stanley Whittingham and John B. Goodenough.

Other Resources About Akira Yoshino

What Schools Are Affiliated With Akira Yoshino?

Akira Yoshino is affiliated with the following schools: