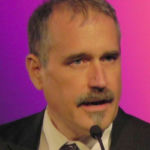 Why Is Alan Bovik Influential?

Alan Bovik is a professor at the University of Texas at Austin, where he is also director of the Laboratory for Image and Video engineering, and the Cockrell Family Regents Endowed Chair. He also holds faculty positions at the Wireless Networking and Communications Group, and the Institute for Neuroscience. He earned his Ph.D from the University of Illinois at Urbana-Champaign. His field of specialty is visual science and video engineering.

His work has included an interdisciplinary approach that combines his understanding of photo optics, digital and analog video development, and signal and image processing algorithms. He has been hugely influential in educating students in this field, both through his mentorship of graduate students and Ph.D candidates, but also through his publication of widely used texts and online courseware in the field, including SIVA – Courseware for Signal, Image, Video, and Audio Processing.

He has been honored with the Progress Medal of the Royal Photographic Society, a Primetime Emmy Award for Engineering Development, numerous awards from the IEEE Signal Processing Society, and the IS&T/SPIE Imaging Scientist of the Year award. He is a fellow of The Optical Society, the IEEE, and the Society of Photo-Optical and Instrumentation Engineers.

According to Wikipedia, Alan Conrad Bovik is an American engineer and vision scientist. He is a Professor at The University of Texas at Austin , where he holds the Cockrell Family Regents Endowed Chair and is Director of the Laboratory for Image and Video Engineering. He is a faculty member in the UT-Austin Department of Electrical and Computer Engineering, the Institute for Neuroscience, and the Wireless Networking and Communications Group.

Other Resources About Alan Bovik

What Schools Are Affiliated With Alan Bovik?

Alan Bovik is affiliated with the following schools: