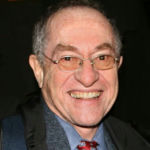 Why Is Alan Dershowitz Influential?

Areas of Specialization: Civil Liberities, Criminal Law
Alan Dershowitz is a former Felix Frankfurter Professor of Law at Harvard Law School. He earned his A.B. in political science from Brooklyn College and his LL.B from Yale Law School.

Known as a devil’s advocate, he considers himself to be a civil libertarian. He has provided defense representation to numerous high-profile clients, including Harry Reems for Deep Throat, O.J. Simpson for murder, Jeffrey Epstein for sexual exploitation of minors, and Harvey Weinstein for sexual abuse. He has remained a champion for the rights of the accused, particularly in cases of rape.

He has written and commentated extensively in favor of the 2nd Amendment, legalized torture by warrant, and limited rights for animals (suggesting that we should treat animals in the same way we treat others of our species, and that to not do so is “speciesism”.

He has been named a Guggenheim Fellow and has been awarded the Soviet Jewry Freedom Award, selected by the Russian Jewish Community Foundation.

According to Wikipedia, Alan Morton Dershowitz is an American lawyer known for his work in U.S. constitutional law and American criminal law. From 1964 to 2013 he taught at Harvard Law School, where he was appointed the Felix Frankfurter Professor of Law in 1993. Dershowitz is a regular media contributor, political commentator, and legal analyst.

Other Resources About Alan Dershowitz

What Schools Are Affiliated With Alan Dershowitz?

Alan Dershowitz is affiliated with the following schools:

What Are Alan Dershowitz's Academic Contributions?

Alan Dershowitz has made the following academic contributions: