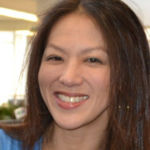 Why Is Amy Chua Influential?

Areas of Specialization: International Business, Law and Development, Globalization and the Law
Amy Chua is the John M. Duff Jr. Professor of Law at Yale University’s School of Law. She earned her A.B. in economics from Harvard College and a J.D. from Harvard University. She was an executive editor for the Harvard Law Review - the first Asian American to hold such a role for the publication.

An expert in the study of ethnic conflict, globalization, international business, and law, Chua has been named as a Brave Thinker by The Atlantic, and among Time magazine’s list of the 100 most influential people.

She is perhaps best known for her book, Battle Hymn of the Tiger Mother, in which she details her strict parenting style, intended to foster high achieving children. The book was an international bestseller. She was also very critically acclaimed for her first book, World on Fire: How Exporting Free Market Democracy Breeds Ethnic Hatred and Global Instability, which was named one of the best books of the year by The Economist and The Guardian. The book explores the correlations between inequities in economics and politics and ethnic conflict.

Chua was briefly scrutinized for her role in stipulating appearance requirements for young women clerking for now-Supreme Court Justice Brett Kavanaugh, though she has now returned to teaching full-time.

According to Wikipedia, Amy Lynn Chua , also known as "the Tiger Mom", is an American lawyer, legal scholar, and writer. She is the John M. Duff Jr. Professor of Law at Yale Law School. Her expertise is in international business transactions, law and development, ethnic conflict, and globalization and the law. She joined the Yale faculty in 2001 after teaching at Duke Law School for seven years. Prior to starting her teaching career, she was a corporate law associate at Cleary, Gottlieb, Steen & Hamilton. She is also known for her parenting memoir Battle Hymn of the Tiger Mother. In 2011, she was named one of Time magazine's 100 most influential people, one of The Atlantic Brave Thinkers, and one of Foreign Policy Global Thinkers.

Other Resources About Amy Chua

What Schools Are Affiliated With Amy Chua?

Amy Chua is affiliated with the following schools:

What Are Amy Chua's Academic Contributions?

Amy Chua has made the following academic contributions: