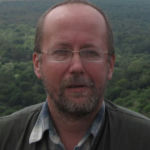 Why Is Andrey Korotayev Influential?

Andrey Korotayev was born in Moscow, Russia in 1961. Korotayev earned his MA from Moscow State University, going on to earn a PhD from Manchester University and a Doctor of Sciences degree from the Russian Academy of Sciences. He is a noted anthropologist, demographer, and sociologist. He has authored hundreds of works based on his research.

Korotayev has produced meaningful work in diverse fields of study. He has examined Heinz von Foerster’s Doomsday Equation and collaborated with other scientists to develop forecasting models for the future of world development. He worked with Alexander Markov to apply a mathematical model to predict biological evolution and biodiversity. His work in cliodynamics has yielded mathematical models for understanding social systems and to identify the conditions under which conflict is more likely to arise. He has also conducted research throughout Africa and the Middle East and the origins of Islam.

Today, he is head of the Laboratory for Monitoring of the Risks of Sociopolitical Destabilization at the National Research University Higher School of Economics. He is also a Senior Research Professor at the Institute for African Studies of the Russian Academy of Sciences and at the Center for Big History and System Forecasting for the Institute of Oriental Studies.

Other Resources About Andrey Korotayev

What Schools Are Affiliated With Andrey Korotayev?

Andrey Korotayev is affiliated with the following schools: