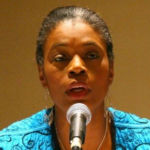 Why Is Anita L. Allen Influential?

Allen is often cited as an international expert on issues of law and ethics, especially in regards to privacy, as well as women’s rights and diversity in higher education. Much of Allen’s work investigates the intersection between privacy, ethics, and society, and what these things mean in an increasingly advanced age in which the nature and role of privacy in our everyday lives and decisions is constantly shifting. These concerns extended to bioethics as well; in fact, in 2010 Allen was selected by President Barack Obama for the Presidential Commission for the Study of Bioethical Issues.

According to Wikipedia, Anita LaFrance Allen is the Henry R. Silverman Professor of Law and professor of philosophy at the University of Pennsylvania Law School. She was formerly Vice Provost for Faculty . She has been a senior fellow in the former bioethics department of the University of Pennsylvania Perelman School of Medicine, a collaborating faculty member in Africana Studies, and an affiliated faculty member in the gender, sexuality and women's studies program. She is current affiliated with The Leonard Davis Institute for Health Economics, the Warren Center, and the Center for Technology Inovation and Competition at Penn. She has been elected to the National Academy of Medicine, the American Law Institute, and the American Academy of Arts and Sciences. She served as President of the Eastern Division of the American Philosophical Association in 2018–19. She won the Philip L. Quinn Prize of the American Philosophical Association in 2021, the organization's highest honor for service to Philosophers nd Philosophy In 2010, President Barack Obama named Allen to the Presidential Commission for the Study of Bioethical Issues. She is a Hastings Center Fellow.

Other Resources About Anita L. Allen

What Schools Are Affiliated With Anita L. Allen?

Anita L. Allen is affiliated with the following schools: