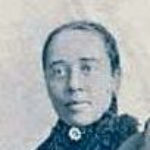 Why Is Anna J. Cooper Influential?

According to Wikipedia, Anna Julia Haywood Cooper was an American author, educator, sociologist, speaker, Black liberation activist, and one of the most prominent African-American scholars in United States history. Born into slavery in 1858, Cooper went on to receive a world-class education and claim power and prestige in academic and social circles. In 1924, she received her PhD from the Sorbonne, University of Paris. Cooper became the fourth African-American woman to earn a doctoral degree. She was also a prominent member of Washington, D.C.'s African-American community and a member of Alpha Kappa Alpha sorority.

Other Resources About Anna J. Cooper

What Schools Are Affiliated With Anna J. Cooper?

Anna J. Cooper is affiliated with the following schools:

Anna J. Cooper has made the following academic contributions: