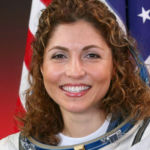 Why Is Anousheh Ansari Influential?

According to Wikipedia, Anousheh Ansari is an Iranian American engineer and co-founder and chairwoman of Prodea Systems. Her previous business accomplishments include serving as co-founder and CEO of Telecom Technologies, Inc. . The Ansari family is also the title sponsor of the Ansari X Prize. On September 18, 2006, a few days after her 40th birthday, she became the first Iranian in space. Ansari was the fourth overall self-funded space tourist, and the first self-funded woman to fly to the International Space Station. Her memoir, My Dream of Stars, co-written with Homer Hickam, was published by Palgrave Macmillan in 2010.

Other Resources About Anousheh Ansari

What Schools Are Affiliated With Anousheh Ansari?

Anousheh Ansari is affiliated with the following schools: