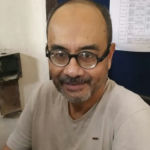 Why Is Ashoke Sen Influential?

According to Wikipedia, Ashoke Sen FRS is an Indian theoretical physicist and distinguished professor at the Harish-Chandra Research Institute, Allahabad. He is also an honorary fellow in National Institute of Science Education and Research , Bhubaneswar, India and also a Morningstar Visiting professor at MIT and a distinguished professor at the Korea Institute for Advanced Study. His main area of work is string theory. He was among the first recipients of the Fundamental Physics Prize "for opening the path to the realisation that all string theories are different limits of the same underlying theory".

Other Resources About Ashoke Sen

What Schools Are Affiliated With Ashoke Sen?

Ashoke Sen is affiliated with the following schools: