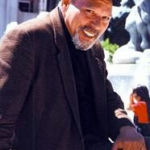 Why Is August Wilson Influential?

According to Wikipedia, August Wilson was an American playwright. He has been referred to as the "theater's poet of Black America". He is best known for a series of ten plays, collectively called , which chronicle the experiences and heritage of the African-American community in the 20th century. Plays in the series include Fences and The Piano Lesson , both of which won the Pulitzer Prize for Drama, as well as Ma Rainey's Black Bottom and Joe Turner's Come and Gone . In 2006, Wilson was inducted into the American Theater Hall of Fame.

Other Resources About August Wilson

What Schools Are Affiliated With August Wilson?

August Wilson is affiliated with the following schools: