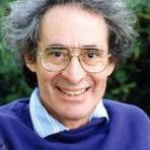 Why Is Barry Mazur Influential?

Barry Mazur currently holds the title of Gerhard Gade University Professor at Harvard University, where he has worked as a professor since 1962. Prior to his long tenure at Harvard, Mazur held post-doctoral fellowships at Harvard and the Institute for Advanced Study. Mazur earned his PhD in Mathematics at Princeton University; though he attended MIT as an undergraduate, he did not complete a bachelor’s degree.

Mazur boasts a long career of discoveries and advancements in geometry, arithmetic, and number theory. In fact, he has several discoveries and proofs named after him, including the Mazur swindle, the Mazur manifold, and Mazur’s torsion theorem. Mazur is particularly famous for the latter, which was used by Andrew Wiles in his groundbreaking proof of Fermat’s Last Theorem.

Notable works from Mazur include Imagining Numbers and Prime Numbers and the Riemann Hypothesis.

According to Wikipedia, Barry Charles Mazur is an American mathematician and the Gerhard Gade University Professor at Harvard University. His contributions to mathematics include his contributions to Wiles's proof of Fermat's Last Theorem in number theory, Mazur's torsion theorem in arithmetic geometry, the Mazur swindle in geometric topology, and the Mazur manifold in differential topology.

Other Resources About Barry Mazur

What Schools Are Affiliated With Barry Mazur?

Barry Mazur is affiliated with the following schools:

What Are Barry Mazur's Academic Contributions?

Barry Mazur has made the following academic contributions: