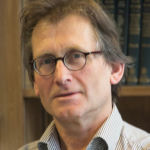 Why Is Ben Feringa Influential?

Feringa is Jacobus van ’t Hoff Distinguished Professor of Molecular Sciences at the Stratingh Institute for Chemistry, the University of Groningen, Netherlands. He is also Academy Professor and Chair of Board of the Science Division of the Royal Netherlands Academy of Sciences. Feringa shares the 2016 Nobel Prize in Chemistry with Fraser Stoddart and Jean-Pierre Sauvage for work on molecular machines.

Feringa has a master’s in science (MSc) in Chemistry from the University of Groningen in 1974. He received his Ph.D. in Chemistry from Groningen in 1978. Feringa’s work on photochemistry has led to important advances in light-driven molecular motors. The first nanocar—a molecular “vehicle” driven by light impulses—resulted from Feringa’s important work in chemistry. Feringa’s discovery was selected by the Chinese Academy of Sciences as one of the 10 major discoveries in science in the world.

Feringa holds over 30 patents and has written over 650 papers! Feringa is a member of the Royal Society of Chemistry, a Foreign Honorary Member of the American Academy of Arts and Sciences, and the Royal Netherlands Academy of Sciences.

According to Wikipedia, Bernard Lucas Feringa is a Dutch synthetic organic chemist, specializing in molecular nanotechnology and homogeneous catalysis. He is the Jacobus van 't Hoff Distinguished Professor of Molecular Sciences, at the Stratingh Institute for Chemistry, University of Groningen, Netherlands, and an Academy Professor of the Royal Netherlands Academy of Arts and Sciences. He was awarded the 2016 Nobel Prize in Chemistry, together with Sir J. Fraser Stoddart and Jean-Pierre Sauvage, "for the design and synthesis of molecular machines".

Other Resources About Ben Feringa

What Schools Are Affiliated With Ben Feringa?

Ben Feringa is affiliated with the following schools: