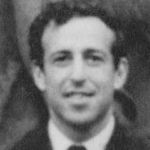 Why Is Ben Roy Mottelson Influential?

According to Wikipedia, Ben Roy Mottelson was an American-Danish nuclear physicist. He won the 1975 Nobel Prize in Physics for his work on the non-spherical geometry of atomic nuclei. Early life Mottelson was born in Chicago, Illinois on 9 July 1926, the son of Georgia and Goodman Mottelson, an engineer. After graduating from Lyons Township High School in La Grange, Illinois, he joined the United States Navy and was sent to attend officers training at Purdue University, where he received a Bachelor's degree in 1947. He then earned a PhD in nuclear physics from Harvard University in 1950. His thesis adviser was Julian Schwinger, the theoretical physicist who later won the Nobel Prize in 1965 for his work on quantum electrodynamics.

Other Resources About Ben Roy Mottelson

What Schools Are Affiliated With Ben Roy Mottelson?

Ben Roy Mottelson is affiliated with the following schools: