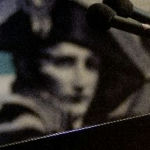 Why Is Bénédicte Savoy Influential?

According to Wikipedia, Bénédicte Savoy is a French art historian, specialising in the critical enquiry of the provenance of works of art, including looted art and other forms of illegally acquired cultural objects. Savoy is professor of modern art history at the Technical University of Berlin, Germany, and professor for the cultural history of European art from the 18th to 20th centuries at the Collège de France in Paris. Commissioned by the French president in 2018, she and economist and writer Felwine Sarr from Senegal are the authors of a report on the restitution of African cultural heritage.

Other Resources About Bénédicte Savoy

What Schools Are Affiliated With Bénédicte Savoy?

Bénédicte Savoy is affiliated with the following schools: