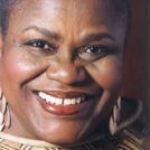 Why Is Bernice Johnson Reagon Influential?

According to Wikipedia, Bernice Johnson Reagon is a song leader, composer, scholar, and social activist, who in the early 1960s was a founding member of the Student Non-violent Coordinating Committee's Freedom Singers in the Albany Movement in Georgia. In 1973, she founded the all-black female a cappella ensemble Sweet Honey in the Rock, based in Washington, D.C. Reagon, along with other members of the SNCC Freedom Singers, realized the power of collective singing to unify the disparate groups who began to work together in the 1964 Freedom Summer protests in the South. “After a song,” Reagon recalled, “the differences between us were not so great. Somehow, making a song required an expression of that which was common to us all.... This music was like an instrument, like holding a tool in your hand.” The Albany Singing Movement became a vital catalyst for change through music in the early 1960s protests of the Civil Rights era. Reagon devoted her life to social justice through music via recordings, activism, community singing, and scholarship.

Other Resources About Bernice Johnson Reagon

What Schools Are Affiliated With Bernice Johnson Reagon?

Bernice Johnson Reagon is affiliated with the following schools: