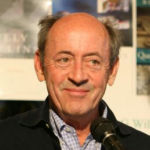 Why Is Billy Collins Influential?

According to Wikipedia, William James Collins is an American poet, appointed as Poet Laureate of the United States from 2001 to 2003. He is a Distinguished Professor at Lehman College of the City University of New York . Collins was recognized as a Literary Lion of the New York Public Library and selected as the New York State Poet for 2004 through 2006. In 2016, Collins was inducted into the American Academy of Arts and Letters. As of 2020, he is a teacher in the MFA program at Stony Brook Southampton.

Other Resources About Billy Collins

What Schools Are Affiliated With Billy Collins?

Billy Collins is affiliated with the following schools:

What Are Billy Collins's Academic Contributions?

Billy Collins has made the following academic contributions: