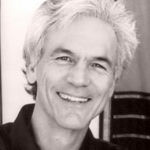 Why Is Brian Swimme Influential?

According to Wikipedia, Brian Thomas Swimme is a professor at the California Institute of Integral Studies, in San Francisco, where he teaches evolutionary cosmology to graduate students in the Philosophy, Cosmology, and Consciousness program. He received his Ph.D. from the department of mathematics at the University of Oregon for work with Richard Barrar on singularity theory, with a dissertation entitled Singularities in the N-Body Problem. Swimme was a faculty member in the department of mathematics at the University of Puget Sound in Tacoma, Washington, 1978–81. He was a member of the faculty at the Institute in Culture and Creation Spirituality at Holy Names University in Oakland, California, 1983–89.

Other Resources About Brian Swimme

What Schools Are Affiliated With Brian Swimme?

Brian Swimme is affiliated with the following schools: