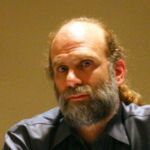 Why Is Bruce Schneier Influential?

Areas of Specialization: Computer Security
Schneier’s name is synonymous with computer security. He is also respected as a cryptographer, and writes on issues of personal privacy arising from society’s ever changing relationship with new technology. In 1984, Schneier earned his bachelor’s degree in physics from the University of Rochester in New York. He received a master’s degree in computer science from American University in Washington, D.C. in 1988 and an honorary Ph.D. from the University of Westminster, London in 2011.

Over the years, Schneier has written extensively on core issues and problems with computer security, both for private individuals and for company and government security. Importantly, he has been an outspoken critic—or at the very least, he has sounded caution—of blockchain technology, arguing that it can create more problems than it solves. Central to much of Schneier’s thinking about computer security, he points out that supposedly “bullet proof” technology solutions for establishing security and trust tend to have weak points at the “ends” where humans add and receive data. The human components to end-to-end security is a key theme in his ideas. “Schneier’s Law” was coined by Internet theorist Cory Doctorow in a 2004 speech, capturing this theme: “Any person can invent a security system so clever that he or she can’t imagine a way of breaking it.”

Schneier’s books on computer security issues are written for general audiences, and have been widely read. Notable titles include: Secrets and Lies: Digital Security in a Networked World in 2000; Beyond Fear: Thinking Sensibly About Security in an Uncertain World in 2003; Liars and Outliers: Enabling the Trust that Society Needs to Thrive in 2012, and most recently Data and Goliath: The Hidden Battles to Collect Your Data and Control Your World in 2015.

According to Wikipedia, Bruce Schneier is an American cryptographer, computer security professional, privacy specialist, and writer. Schneier is a Lecturer in Public Policy at the Harvard Kennedy School and a Fellow at the Berkman Klein Center for Internet & Society as of November, 2013. He is a board member of the Electronic Frontier Foundation, Access Now, and The Tor Project; and an advisory board member of Electronic Privacy Information Center and VerifiedVoting.org. He is the author of several books on general security topics, computer security and cryptography and is a squid enthusiast.

Other Resources About Bruce Schneier

What Schools Are Affiliated With Bruce Schneier?

Bruce Schneier is affiliated with the following schools:

What Are Bruce Schneier's Academic Contributions?

Bruce Schneier has made the following academic contributions: