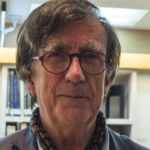 Why Is Bruno Latour Influential?

Areas of Specialization: Actor Network Theory, Social Theory
Bruno Latour is an anthropologist, philosopher, and sociologist. He earned his Ph.D. from the University of Tours. Soon after graduating, he became interested in anthropology, and set out on a study of race and decolonization in Ivory Coast.

He is best known for his work, Nous n’avons jamais ete modernes: Essais d’anthropologie symetrique (translated: We Have Never Been Modern). This theme, of challenging methods and findings of scientific inquiry, is revisited in his later work, Pandora’s Hope. His work in Science, Technology and Modernity has been provocative, to say the least.

Latour’s willingness to wade into controversy by questioning established norms and approaches in anthropological research has earned him more than a few detractors. He has faced harsh criticism of his work, and claims of a penchant for exaggeration, hyperbole and metaphors.

Even so, there can be no doubt of Latour’s impact on the field. In 2013 he was named the winner of the Holberg Prize for his intellectual disruption and work in interdisciplinary fields such as anthropology, history, philosophy, and others. He has taught at such esteemed institutions as École des Mines de Paris and Sciences Po Paris, influencing the next generation of anthropologists.

According to Wikipedia, Bruno Latour is a French philosopher, anthropologist and sociologist. He is especially known for his work in the field of science and technology studies . After teaching at the École des Mines de Paris from 1982 to 2006, he became Professor at Sciences Po Paris , where he was the scientific director of the Sciences Po Medialab. He retired from several university activities in 2017. He was also a Centennial Professor at the London School of Economics.

Other Resources About Bruno Latour

What Schools Are Affiliated With Bruno Latour?

Bruno Latour is affiliated with the following schools:

What Are Bruno Latour's Academic Contributions?

Bruno Latour has made the following academic contributions: