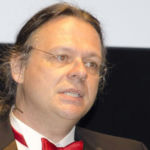 Why Is Burkhard Rost Influential?

He is currently trying to solve the problem of how to predict the effects of individual mutations such as single nucleotide polymorphisms. His group, Predictprotein, launched in 1992 and still releases helpful computational and machine learning models for other scientists to use in their research efforts.

He became the president of the International Society for Computational Biology in 2007, serving in that role until 2014. He has also provided conference leadership, co-chairing the annual meeting for the Intelligent Systems for Molecular Biology, as well as conferences for that organization, held in Chile, Brazil, Uruguay, China, Malaysia, Mali, Tunisia, and more. He became a Fellow of the ISCB in 2015, a position he still holds today.

According to Wikipedia, Burkhard Rost is a scientist leading the Department for Computational Biology & Bioinformatics at the Faculty of Informatics of the Technical University of Munich . Rost chairs the Study Section Bioinformatics Munich involving the TUM and the Ludwig Maximilian University of Munich in Munich. From 2007-2014 Rost was President of the International Society for Computational Biology .

Other Resources About Burkhard Rost

What Schools Are Affiliated With Burkhard Rost?

Burkhard Rost is affiliated with the following schools: