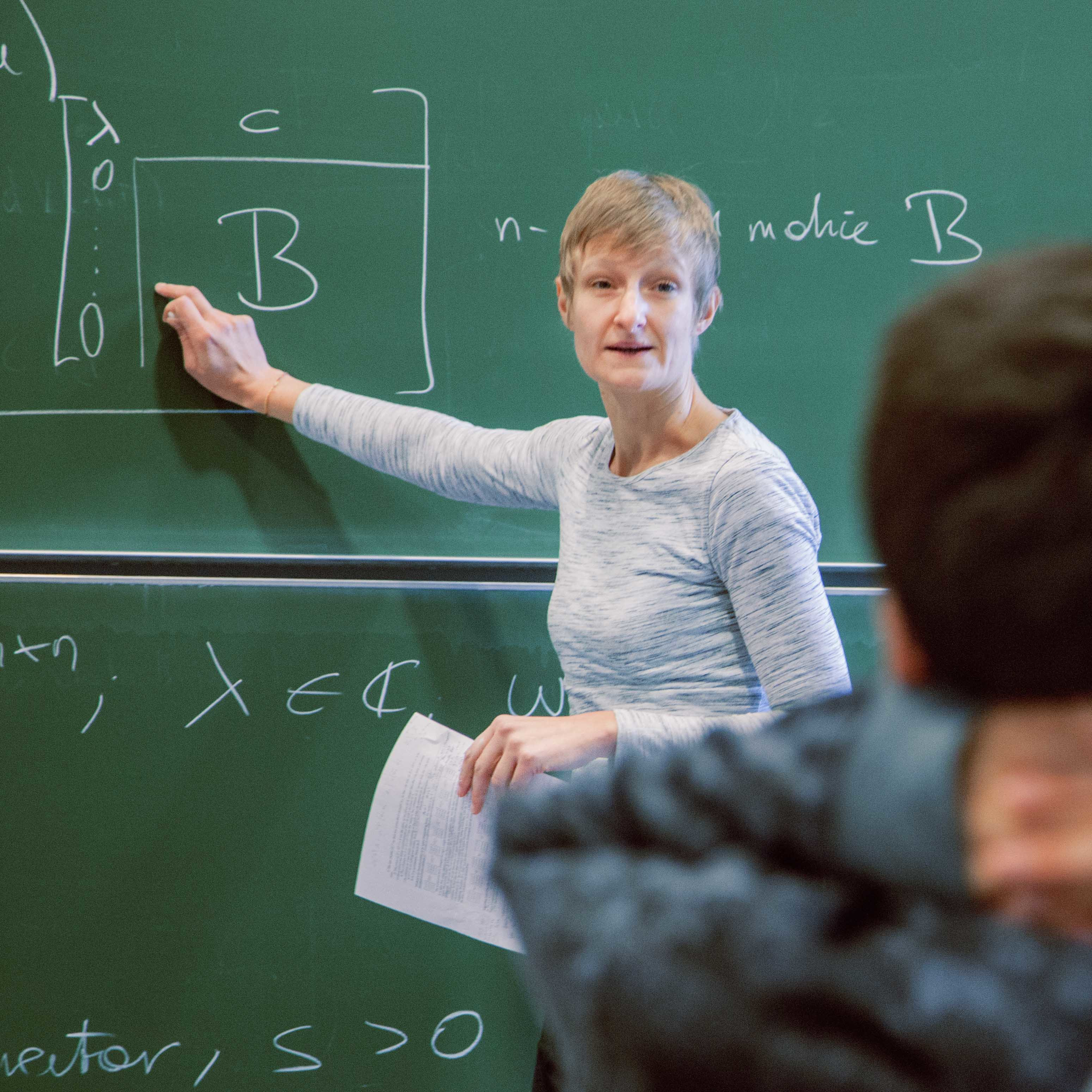 Schönlieb ’s work is primarily focused in image processing and partial differential equations. In particular, Schönlieb has made significant progress in applying partial differential equations in image analysis and inverse imaging problems, and problems in 3D and 4D imaging. As an interdisciplinarian, Schönlieb’s work has significant implications for a wide range of fields that employ video imaging, including chemical engineering, biomedical sciences, and art.

Carola-Bibiane Schönlieb is an Austrian mathematician who works in image processing and partial differential equations. She is a Fellow of Jesus College, Cambridge and a Professor in Applied and Computational Analysis in the Department of Applied Mathematics and Theoretical Physics at the University of Cambridge. She is the author of the book Partial Differential Equation Methods for Image Inpainting , on methods for using the solutions to partial differential equations to fill in gaps in digital images.