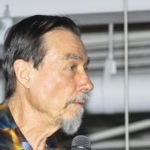 Why Is Carver Mead Influential?

Mead has made substantial contributions in developing novel methods of applying physics to electronic devices. He has studied the energy behavior of electrons, applied the principles of electron tunneling and hot-electron transport to a three terminal solid-state device, and gained insights into the role of interface states in band-gap engineering.

He has also done research and development in neural models of computing, creating new fields of study: Neural Networks, Neuromorphic Engineering, and the Physics of Computation. He has co-founded companies in this field, including Synaptics, Inc. (which develops touch pads for computers), Sonic Innovations, Inc. (hearing aid chips), and Foveon, Inc. (silicon sensors for photographic imaging). He has founded more than 20 companies in all.

He has been recognized for his contributions with numerous awards, including the Dickson Prize in Science, the Lemelson-MIT Prize, Award for Outstanding Research from the International Neural Network Society, the National Medal of Technology, and the BBVA Foundation Frontiers of Knowledge Award of Information and Communication Technologies.

According to Wikipedia, Carver Andress Mead is an American scientist and engineer. He currently holds the position of Gordon and Betty Moore Professor Emeritus of Engineering and Applied Science at the California Institute of Technology , having taught there for over 40 years. He taught Deborah Chung, the first female engineering graduate of Caltech. He advised the first female electrical engineering student at Caltech, Louise Kirkbride. His contributions as a teacher include the classic textbook Introduction to VLSI Systems , which he coauthored with Lynn Conway.

Other Resources About Carver Mead

What Schools Are Affiliated With Carver Mead?

Carver Mead is affiliated with the following schools: