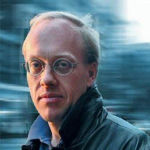 Why Is Chris Hedges Influential?

According to Wikipedia, Christopher Lynn Hedges is an American journalist, Presbyterian minister, author, and commentator. In his early career, Hedges worked as a freelance war correspondent in Central America for The Christian Science Monitor, NPR, and Dallas Morning News. Hedges reported for The New York Times from 1990 to 2005, and served as the Times Middle East Bureau Chief and Balkan Bureau Chief during the wars in the former Yugoslavia. In 2001, Hedges contributed to The New York Times staff entry that received the 2002 Pulitzer Prize for Explanatory Reporting for the paper's coverage of global terrorism.

Other Resources About Chris Hedges

What Schools Are Affiliated With Chris Hedges?

Chris Hedges is affiliated with the following schools:

What Are Chris Hedges's Academic Contributions?

Chris Hedges has made the following academic contributions: