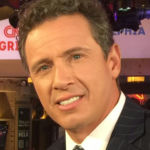 Why Is Chris Cuomo Influential?

According to Wikipedia, Chris Cuomo is an American television journalist, best known as the former presenter of Cuomo Prime Time, a weeknight news analysis show on CNN. He has previously been the ABC News chief law and justice correspondent and the co-anchor for ABC's 20/20, and News anchor for Good Morning America from 2006 to 2009. Subsequently, he was one of two co-anchors of the weekday edition of New Day, a three-hour morning news show, until May 2018.

Other Resources About Chris Cuomo

What Schools Are Affiliated With Chris Cuomo?

Chris Cuomo is affiliated with the following schools: