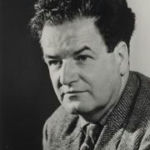 Why Is Christopher Hill Influential?

According to Wikipedia, John Edward Christopher Hill was an English Marxist historian and academic, specialising in 17th-century English history. From 1965 to 1978 he was Master of Balliol College, Oxford. Early life Christopher Hill was born on 6 February 1912, Bishopthorpe Road, York, to Edward Harold Hill and Janet Augusta . His father was a solicitor and the family were devout Methodists. He attended St Peter's School, York. At the age of 16, he sat his entrance examination at Balliol College, Oxford. The two history tutors who marked his papers recognised his ability and offered him a place in order to forestall any chance he might go to the University of Cambridge. In 1931 Hill took a prolonged holiday in Freiburg, Germany, where he witnessed the rise of the Nazi Party, later saying that it contributed significantly to the radicalisation of his politics.

Other Resources About Christopher Hill

What Schools Are Affiliated With Christopher Hill ?

Christopher Hill is affiliated with the following schools:

Christopher Hill has made the following academic contributions: