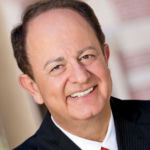 According to Wikipedia, Chrysostomos Loizos "Max" Nikias is a Cypriot-American academic, and served as the 11th University of Southern California president, a position he held from August 3, 2010, to August 7, 2018. He holds the Malcolm R. Currie Chair in Technology and the Humanities and is president emeritus of the university. He had been at USC since 1991, as a professor, director of national research centers, dean, provost, and president. He also served as chair of the College Football Playoff Board of Managers as chair of the board of the Keck Medical Center at USC , as member of the board of directors of the Alfred Mann Institute for Biomedical Engineering , and as a member of the Board of Trustees of the Chadwick School, an independent school in Palos Verdes Peninsula, Calif. . He is currently a tenured professor in electrical engineering with a secondary appointment in classics, and the director of the USC Institute for Technology Enabled Higher Education.

What Schools Are Affiliated With C. L. Max Nikias?

C. L. Max Nikias is affiliated with the following schools: