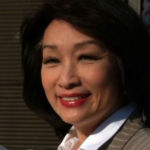 American journalist from the United States

Why Is Connie Chung Influential?

According to Wikipedia, Constance Yu-Hwa Chung is an American journalist. She has been an anchor and reporter for the U.S. television news networks NBC, CBS, ABC, CNN, and MSNBC. Some of her more famous interview subjects include Claus von Bülow and U.S. Representative Gary Condit, whom Chung interviewed first after the Chandra Levy disappearance, and basketball legend Magic Johnson after he went public about being HIV-positive. In 1993, she became the second woman to co-anchor a network newscast as part of CBS Evening News.

Other Resources About Connie Chung

What Schools Are Affiliated With Connie Chung?

Connie Chung is affiliated with the following schools: