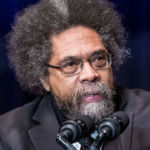 Why Is Cornel West Influential?

West is well recognized as a social critic on racial and political issues, as well as a public intellectual. Indeed, his influence can be traced as much (or more) to his public activism and visibility as it can his academic work. West is often cited in mainstream media, and frequently makes public, television, radio, and print appearances. West is known as a strong voice of left-wing politics and social justice in America, though he has also frequently been critical of prominent left-wing politicians, including Barack Obama and Hilary Clinton. Also notable is the fact that West has established a public presence removed from politics and philosophy entirely, including cameos in films from The Matrix franchise, as well as a spoken word and hip hop albums.

Cornel west holds over 20 honorary degrees to his name. Additionally, he has earned an American Book Award.

According to Wikipedia, Cornel Ronald West is an American philosopher, political activist, social critic, actor, and public intellectual. The grandson of a Baptist minister, West focuses on the role of race, gender, and class in American society and the means by which people act and react to their "radical conditionedness". A socialist, West draws intellectual contributions from multiple traditions, including Christianity, the Black church, Marxism, neopragmatism, and transcendentalism. Among his most influential books are Race Matters and Democracy Matters .

Other Resources About Cornel West

What Schools Are Affiliated With Cornel West?

Cornel West is affiliated with the following schools:

What Are Cornel West's Academic Contributions?

Cornel West has made the following academic contributions: