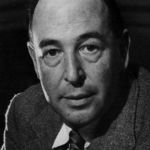 Why Is C. S. Lewis Influential?

According to Wikipedia, Clive Staples Lewis was a British writer and lay theologian. He held academic positions in English literature at both Oxford University and Cambridge University . He is best known for his works of fiction, especially The Screwtape Letters, The Chronicles of Narnia, and The Space Trilogy, and for his non-fiction Christian apologetics, such as Mere Christianity, Miracles, and The Problem of Pain.

Other Resources About C. S. Lewis

C. S. Lewis has made the following academic contributions: