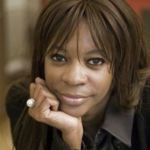 Why Is Dambisa Moyo Influential?

According to Wikipedia, Dambisa Felicia Moyo is a Zambian-born economist and author, known for her analysis of macroeconomics and global affairs. She serves on the boards of Chevron Corporation, Condé Nast and the 3M Company. Moyo worked for two years at the World Bank and eight years at Goldman Sachs before becoming an author and international public speaker. She has written four New York Times bestselling books: Dead Aid: Why Aid Is Not Working and How There Is a Better Way for Africa , How the West Was Lost: Fifty Years of Economic Folly – And the Stark Choices that Lie Ahead , Winner Take All: China's Race for Resources and What It Means for the World , and the most recent Edge of Chaos: Why Democracy Is Failing to Deliver Economic Growth – and How to Fix It . In May 2021, she released her first business book How Boards Work: And How They Can Work Better in a Chaotic World. She holds a bachelor's degree in chemistry and an MBA from American University, an MPA from the Harvard Kennedy School, and a DPhil in economics from the University of Oxford.

Other Resources About Dambisa Moyo

What Schools Are Affiliated With Dambisa Moyo?

Dambisa Moyo is affiliated with the following schools:

What Are Dambisa Moyo's Academic Contributions?

Dambisa Moyo has made the following academic contributions: