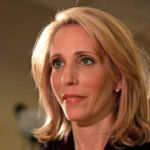 Why Is Dana Bash Influential?

According to Wikipedia, Dana Ruth Bash is an American journalist, news anchor, and chief political correspondent for CNN. Early life and education Bash was born Dana Ruth Schwartz in Manhattan, New York City, to Frances Schwartz, an author and educator in Jewish studies, and Stuart Schwartz, an ABC News producer who served as the senior broadcast producer for Good Morning America. She grew up living in Washington, D.C., and New Jersey. Bash attended Pascack Hills High School in Montvale, New Jersey. She graduated cum laude with a bachelor's degree in political communications from George Washington University. While at college, she interned at NBC, CBS, and CNN. On May 12, 2018, Bash received an honorary Doctorate of Humane Letters from Franklin Pierce University in Rindge, New Hampshire.

Other Resources About Dana Bash

What Schools Are Affiliated With Dana Bash?

Dana Bash is affiliated with the following schools: