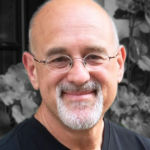 Why Is Daniel Gilbert Influential?

Gilbert is a social psychologist straddling the roles of academic psychologist and popular author. His work focuses on emotion, and he is best known for his 2006 book Stumbling on Happiness, as well as several TED talks, essays in popular magazines and newspapers, and the NOVA series This Emotional Life. Gilbert’s work often focuses on the concept of “affective forecasting,” or how we perceive and predict our future emotional states, and how these perceptions affect our behavior and decisions.

For his work, Gilbert has received numerous honors and awards, including the Distinguished Scientific Award for an Early Career Contribution to Psychology from the American Psychological Association, and the William James Fellow Award from the Association for Psychological Science. He is also a member of the American Academy of Arts and Sciences.

According to Wikipedia, Daniel Todd Gilbert is an American social psychologist and writer. He is the Edgar Pierce Professor of Psychology at Harvard University and is known for his research with Timothy Wilson of the University of Virginia on affective forecasting. He is the author of the international bestseller Stumbling on Happiness, which has been translated into more than 30 languages and won the 2007 Royal Society Prizes for Science Books. He has also written essays for several newspapers and magazines, hosted a non-fiction television series on PBS, and given three popular TED talks.

Other Resources About Daniel Gilbert

What Schools Are Affiliated With Daniel Gilbert ?

Daniel Gilbert is affiliated with the following schools:

Daniel Gilbert has made the following academic contributions: