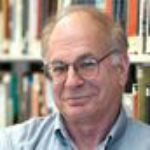 Why Is Daniel Kahneman Influential?

Daniel Kahneman is an Israeli-American psychologist and economist who is currently the Eugene Higgins Emeritus Professor of Psychology and Professor of Psychology and Public Affairs Emeritus for the Woodrow Wilson School at Princeton University. He earned a B.S. in psychology from Hebrew University and an M.A. and Ph.D from the University of California, Berkeley. Kahneman is world-famous for his groundbreaking work on the psychology of judgement and decision making. His studies, along with Amos Tversky, developed into prospect theory which examines behavioral economics and finance and how humans handle risk and uncertainty. He won the Nobel Prize in Economics for his work on human rationality in economic theory in 2002.

Kahneman is widely known for his work on the cognitive basis of human error stemming from heuristics and biases, which humans use as ordinary aids in decision making. Kahneman is also known for his work in hedonic psychology, a subfield of psychology focuses on what makes us happy (or unhappy), and leads to fulfillment, attribute substitution, planning fallacy, and human perception of life satisfaction. More recently, Kahneman published a popular version of his lifetime of work on errors in cognition in his 2011 best-seller Thinking, Fast and Slow.

In addition to winning the Nobel Prize, Kahneman has been the recipient of numerous awards and distinctions. He was elected a member of the National Academy of Sciences in 2001. In 2007, he received the American Psychological Association’s Award for Outstanding Lifetime Contributions to Psychology, recognizing his significant contributions to the field of psychology. For two consecutive years, in 2011 and 2012, he made the Bloomberg 50 most influential people in global finance. In 2013, he was awarded the Presidential Medal of Freedom by President Barack Obama.

According to Wikipedia, Daniel Kahneman is an Israeli-American psychologist and economist notable for his work on the psychology of judgment and decision-making, as well as behavioral economics, for which he was awarded the 2002 Nobel Memorial Prize in Economic Sciences . His empirical findings challenge the assumption of human rationality prevailing in modern economic theory.

Other Resources About Daniel Kahneman

What Schools Are Affiliated With Daniel Kahneman?

Daniel Kahneman is affiliated with the following schools:

What Are Daniel Kahneman's Academic Contributions?

Daniel Kahneman has made the following academic contributions: