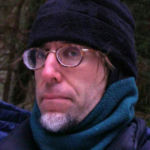 Why Is David Abram Influential?

According to Wikipedia, David Abram is an American ecologist and philosopher best known for his work bridging the philosophical tradition of phenomenology with environmental and ecological issues. He is the author of Becoming Animal: An Earthly Cosmology and The Spell of the Sensuous: Perception and Language in a More-than-Human World , for which he received the Lannan Literary Award for Nonfiction. Abram is founder and creative director of the Alliance for Wild Ethics ; his essays on the cultural causes and consequences of ecological disarray have appeared often in such journals as the online magazine Emergence, Orion, Environmental Ethics, Parabola, Tikkun and The Ecologist, as well as in numerous academic anthologies.

Other Resources About David Abram

What Schools Are Affiliated With David Abram?

David Abram is affiliated with the following schools: