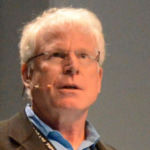 Why Is David Buss Influential?

Buss is an evolutionary psychologist, mostly focused on how aspects of evolutionary psychology account for gendered behavior in humans, human sexuality, and social relations between the sexes. Buss argues for evolutionary components in what he terms “human mating strategies.” His work also ventures into explaining homicide and homicidal behavior. On these subjects, he is perhaps best known for his books The Evolution of Desire: Strategies of Human Mating, and The Murderer Next Door.

Other Resources About David Buss

What Schools Are Affiliated With David Buss?

David Buss is affiliated with the following schools: