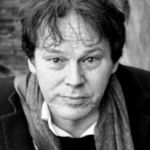 Why Is David Graeber Influential?

Areas of Specialization: Social Anthropology
David Graeber was a professor of anthropology at the ’s School of Economics. He earned his B.A. from the State University of New York at Purchase and his M.A. and Ph.D. from University of Chicago. From there, he spent twenty months conducting research in Madagascar on a Fulbright fellowship.

Graeber became a famous anthropologist for his work on anarchism. Graeber published notable works such as Fragments of an Anarchist Anthropology, Bullshit Jobs: A Theory, and his major work, Debt: The First 5000 Years, in which he raises criticisms about the actual harm/benefit caused by the International Monetary Fund and their loans to struggling nations.

He was active in the Occupy Wall Street movement and was co-founder of the Anti-Capitalist Convergence. He has claimed to have suffered retaliation for his activism, both personally and professionally. In spite of his respected standing in the anthropological community, he was denied tenure by Yale University, sparking outrage throughout the field. More than 4,500 colleagues supported him by writing letters and signing petitions, but to no avail.

Graeber was a lecturer and reader for Goldsmith’s College at the University of London from 2002–2013. His role as intellectual provocateur has cemented his place as a figure representing millennial socialism. His unique mix of brilliance and recklessness pushed the boundaries of anthropology.

According to Wikipedia, David Rolfe Graeber was an American anthropologist and anarchist activist. His influential work in economic anthropology, particularly his books Debt: The First 5,000 Years and Bullshit Jobs , and his leading role in the Occupy movement, earned him recognition as one of the foremost anthropologists and left-wing thinkers of his time.

Other Resources About David Graeber

What Schools Are Affiliated With David Graeber?

David Graeber is affiliated with the following schools:

What Are David Graeber's Academic Contributions?

David Graeber has made the following academic contributions: