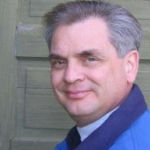 Why Is David Housewright Influential?

According to Wikipedia, David Housewright is an Edgar Award-winning author of crime fiction and past President of the Private Eye Writers of America best known for his Holland Taylor and Rushmore McKenzie detective novels. Housewright won the Edgar from the Mystery Writers of America as well as a nomination from the PWA for his first novel "Penance." He has also earned three Minnesota Book Awards. Most of his novels take place in and around the greater St. Paul and Minneapolis area of Minnesota, USA and have been favorably compared to Raymond Chandler, Ross MacDonald and Robert B. Parker.

Other Resources About David Housewright

What Schools Are Affiliated With David Housewright?

David Housewright is affiliated with the following schools: