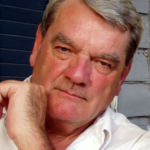 Why Is David Irving Influential?

According to Wikipedia, David John Cawdell Irving is an English author and Holocaust denier who has written on the military and political history of World War II, with a focus on Nazi Germany. His works include The Destruction of Dresden , Hitler's War , Churchill's War and Goebbels: Mastermind of the Third Reich . In his works, he argued that Adolf Hitler did not know of the extermination of Jews, or, if he did, he opposed it. Though Irving's negationist claims and views of German war crimes in World War II were never taken seriously by mainstream historians, he was once recognised for his knowledge of Nazi Germany and his ability to unearth new historical documents.

Other Resources About David Irving

What Schools Are Affiliated With David Irving?

David Irving is affiliated with the following schools:

What Are David Irving's Academic Contributions?

David Irving has made the following academic contributions: