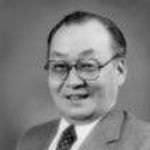 Why Is Dawon Kahng Influential?

According to Wikipedia, Dawon Kahng was a Korean-American electrical engineer and inventor, known for his work in solid-state electronics. He is best known for inventing the MOSFET , along with his colleague Mohamed Atalla, in 1959. Kahng and Atalla developed both the PMOS and NMOS processes for MOSFET semiconductor device fabrication. The MOSFET is the most widely used type of transistor, and the basic element in most modern electronic equipment.

Other Resources About Dawon Kahng

What Schools Are Affiliated With Dawon Kahng?

Dawon Kahng is affiliated with the following schools: