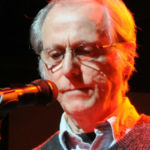 Why Is Don DeLillo Influential?

According to Wikipedia, Donald Richard DeLillo is an American novelist, short story writer, playwright, screenwriter and essayist. His works have covered subjects as diverse as television, nuclear war, sports, the complexities of language, performance art, the Cold War, mathematics, the advent of the digital age, politics, economics, and global terrorism.

Other Resources About Don DeLillo

What Schools Are Affiliated With Don DeLillo?

Don DeLillo is affiliated with the following schools:

What Are Don DeLillo's Academic Contributions?

Don DeLillo has made the following academic contributions: