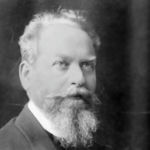 Why Is Edmund Husserl Influential?

According to Wikipedia, Edmund Gustav Albrecht Husserl was a German philosopher and mathematician who established the school of phenomenology. In his early work, he elaborated critiques of historicism and of psychologism in logic based on analyses of intentionality. In his mature work, he sought to develop a systematic foundational science based on the so-called phenomenological reduction. Arguing that transcendental consciousness sets the limits of all possible knowledge, Husserl redefined phenomenology as a transcendental-idealist philosophy. Husserl's thought profoundly influenced 20th-century philosophy, and he remains a notable figure in contemporary philosophy and beyond.

Other Resources About Edmund Husserl

What Schools Are Affiliated With Edmund Husserl?

Edmund Husserl is affiliated with the following schools:

What Are Edmund Husserl's Academic Contributions?

Edmund Husserl has made the following academic contributions: