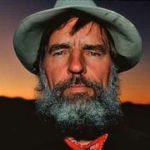 Why Is Edward Abbey Influential?

According to Wikipedia, Edward Paul Abbey was an American author, essayist, and environmental activist noted for his advocacy of environmental issues and criticism of public land policies. His best-known works include Desert Solitaire, a non-fiction autobiographical account of his time as a park ranger at Arches National Park considered to be an iconic work of nature writing and a staple of early environmentalist writing; the novel The Monkey Wrench Gang, which has been cited as an inspiration by environmentalists and groups defending nature by various means, also called eco-warriors; his novel Hayduke Lives!; and his essay collections Down the River and One Life at a Time, Please .

Other Resources About Edward Abbey

What Schools Are Affiliated With Edward Abbey?

Edward Abbey is affiliated with the following schools:

What Are Edward Abbey's Academic Contributions?

Edward Abbey has made the following academic contributions: