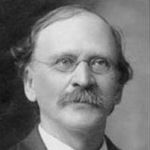 Why Is Edward W. Morley Influential?

According to Wikipedia, Edward Williams Morley was an American scientist known for his precise and accurate measurement of the atomic weight of oxygen, and for the Michelson–Morley experiment. Biography Morley was born in Newark, New Jersey, to Anna Clarissa Treat and the Reverend Sardis Brewster Morley. Both parents were of early colonial ancestry and of purely British origin. He grew up in West Hartford, Connecticut. During his childhood, he suffered much from ill health and was therefore educated by his father at home until the age of nineteen.

Other Resources About Edward W. Morley

What Schools Are Affiliated With Edward W. Morley?

Edward W. Morley is affiliated with the following schools: