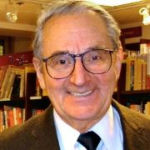 Why Is Elias James Corey Influential?

“E.J.” Corey is widely regarded as one of the world’s greatest living chemists. He is Emeritus Professor of Organic Chemistry at Harvard University. After matriculating at MIT at the age of 16 to study mathematics and engineering, Corey switched his major to Chemistry, and received his degree in that field at MIT. He then completed his Ph.D. in Chemistry at MIT.

Corey is known world-wide for developing several exciting chemical reagents—substances or mixtures of substances used for chemical analysis and reactions—such as the Corey-Suggs reagent, and for completing many “total syntheses,” or the complete chemical synthesis of a complex molecule. His work touches on many of the most important and central areas of Chemistry. He is a prolific writer in his field, with over 1,100 publications.

As you might expect, Corey has won many awards, including the Linus Pauling Award in 1978. He won the Wolf Prize in Chemistry in 1986, the National Medal of Science in 1988, and the Japan Prize in 1989. Corey was awarded the Nobel Prize in Chemistry in 1990. He also won the Priestley Award in 2004. In 2007, he received the first ACS Publications Division “Cycle of Excellence High Impact Contributor Award.” Cory also has the distinction of having the highest rank—number one—of any chemist judged by his impact on research, according to the widely-used Hirsch Index (the “H-index”).

According to Wikipedia, Elias James "E.J." Corey is an American organic chemist. In 1990, he won the Nobel Prize in Chemistry "for his development of the theory and methodology of organic synthesis", specifically retrosynthetic analysis. Regarded by many as one of the greatest living chemists, he has developed numerous synthetic reagents, methodologies and total syntheses and has advanced the science of organic synthesis considerably.

Other Resources About Elias James Corey

What Schools Are Affiliated With Elias James Corey?

Elias James Corey is affiliated with the following schools: