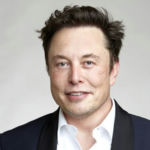 Why Is Elon Musk Influential?

Elon Musk is an influential entrepreneur and business man. He is well known because of his incredible vision and ability to turn his ideas into reality. He has founded or co-founded some of the most successful companies in the world, including Tesla, SpaceX, and SolarCity.

Musk is also a major philanthropist, donating millions of dollars to charities and causes. Musk is constantly innovating and pushing boundaries, which has made him one of the most respected and admired entrepreneurs in the world.

1. Elon Musk is the founder, CEO and CTO of SpaceX, co-founder of Tesla Motors, and chairman of SolarCity.

2. He is also the founder of The Boring Company, a tunnel construction company.

3. Musk was born to a Canadian mother and South African father and raised in Pretoria, South Africa.

5. Musk moved to California in 1995 to attend Stanford University but decided instead to pursue a business career, co-founding web software company Zip2 with his brother Kimbal.

7. Musk co-founded online bank X.com that same year, which merged with Confinity in 2000 to form the company PayPal and was subsequently bought by eBay in 2002 for $1.5 billion.

8. In 2002, Musk founded SpaceX, an aerospace manufacturer and space transport services company, of which he is CEO, CTO, and lead designer.

According to Wikipedia, Elon Reeve Musk is a naturalized American business magnate and investor. He is the founder, CEO, and Chief Engineer at SpaceX; angel investor, CEO, and Product Architect of Tesla, Inc.; founder of The Boring Company; and co-founder of Neuralink and OpenAI. With an estimated net worth of around US$266 billion as of August 17, 2022, Musk is the wealthiest person in the world according to both the Bloomberg Billionaires Index and Forbes real-time billionaires list.

Other Resources About Elon Musk

What Schools Are Affiliated With Elon Musk?

Elon Musk is affiliated with the following schools: